[Note: this was a Toastmasters speech I gave last year, slightly revised for your reading pleasure.]

It has long been suspected, but scientific studies prove it: Sleeping around the office is a great way to make it to the top.

If you don’t believe me, consider this: A study released by the National Sleep Foundation says that taking afternoon naps increases your productivity.

A Survey of American workers supports this finding with 40% reporting that daytime drowsiness prevents them from doing their best work.

But Napping doesn’t just improve our productivity, it may even save our lives. 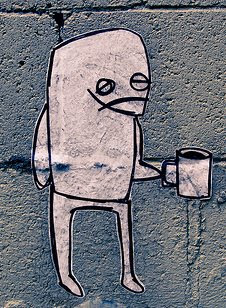 Consider this: Fatigue has widely been cited as a contributing factor to both the Three Mile Island and Chernobyl accidents. The Pepsi syndrome? I think not. The ambien syndrome, maybe… You know a few well-placed nap rooms at our nuclear facilities could make the difference between active workers and radioactive workers.

Sleep deprivation has also been cited as a contributing factor to numerous railroad accidents. Engineers need to spend less time on their feet and more time on their… caboose.

There are many studies that show a marked loss of alertness in the afternoon. Did you know that more accidents occur between 2 p.m. and 4 p.m. than in any other 2 hour span? And when you consider how many drunk people are bumping into things at 2 am on Saturday night, that’s a truly sobering thought.

So on the one hand we have the possibility of sleepy employees and train derailments and nuclear destruction, and on the other hand we have alert employees and an attentive, productive workforce. And yet nap enthusiasts still find employer resistance to catching a little cubicle snooze. Why?

Because the poor, sweet, gentle, nap has been unfairly stigmatized as the luxury of the rich or the indulgence of the lazy. This was probably epitomized in the classic Seinfeld episode when George Costanza worked so hard to conceal his dirty little napping secret: a nap chamber custom built into his desk. But as dumb and lazy as George Costanza was, he knew enough to avoid the stigma of the nap!

Unfortunately, the taint of napping in the workplace is all too real, so nap rooms may not soon be coming to an office near you. But fear not fellow dozers, nodders, sleepers, and snoozers, all is not lost! Recent research in the field of creativity suggests that a mere BREAK in the “attentive activity” can lead to clearer, more creative thinking.

Scientists who have spent millions of dollars and years of their lives studying the phenomenon call this an “incubation hypothesis.” You and I call it “taking a break.”

According to the “incubation” hypothesis, it is best if we incubate once or twice a day for a period of 10-20 minutes, enaging in no activity during this incubation. The incubation’s only function is to divert our attention from work, releasing our minds. We are thereby enabled to freshly engage in our tasks and do better creative problem solving when we return from the incubation.

I think Archimedes would wholeheartedly agree with the incubation hypothesis. In Greek probably, but he’d agree. You remember the story of Archimedes? Eureka! Archimedes made a major scientific discovery while soaking in the tub. It’s suggested that Isaac Newton discovered gravity while lounging under an apple tree. And Frederick Banting — who dreamed how insulin could be used to control diabetesand won the Nobel prize for his discovery — would certainly agree that a little shut-eye can work wonders.

So why do most employers still frown on napping and slacking? Maybe nappers need to get the research into the hands of a good PR firm. I can see the billboards now: Save a life, take a nap.

There is at least one major American company seems to get it. Google!  Google permits their employees to spend 20% of their time on non-work related activities. Stacy Sullivan, Google’s HR Director says,

“We want to take as much hurry and worry out of people’s lives as we can, because a relaxed state of mind unleashes creativity. Everybody’s on flextime here, so we don’t reward face time or working super-long hours. We just measure results.”

And as we all know, the results at Google have been pretty good. Hey, maybe George Costanza had it right after all… Maybe sleeping our way to the top really is the way to go.

I will leave you to ponder: To drowse or not to drowse, That is the question.  Now if you’ll excuse me, I have a great deal of work to do so I’d better get back to my desk and, uh, nod off?